HOME/Support / FAQ /
What is a pure sine wave inverter ?
Published by

Most modern power inverters produce either modified square (or modified sine) waves, or pure sine (or true sine) waves. Modified square wave inverters don't provide the smooth peaks and valleys that AC power from a home's electrical outlet does, but it Can deliver power that is consistent and good enough to run most devices. This type of inverter is relatively inexpensive, and probably the most popular type.

Pure sine wave inverters are the most expensive, but they also deliver the smoothest and most even wave output. Any device will run on a pure sine wave, but some sensitive equipment, like certain medical equipment and variable speed or rechargeable tools, requires this type Of inverter to operate correctly. Radios, for example, work better with pure sine wave inverter. 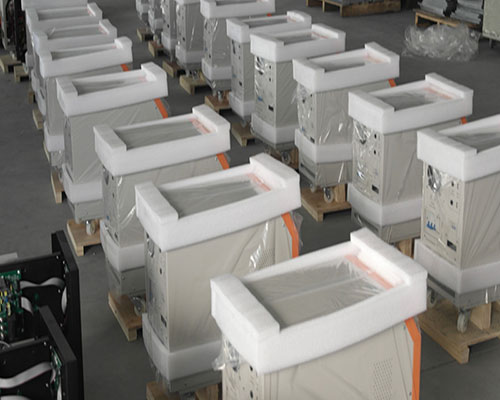 The inverters produced in our factory are all pure sine wave inverters.