The sinusoidal output corrected by the inverter is the sum of two square waves, one of which is shifted by 90 degrees relative to the other.The result is three level waveform with equal interval of zero voltage.Peak positive voltage, zero volts;Peak negative voltage, zero volts.This sequence repeats.The resulting waveform is very similar to the shape of a sinusoidal wave.Most inexpensive consumer power inverters produce corrections 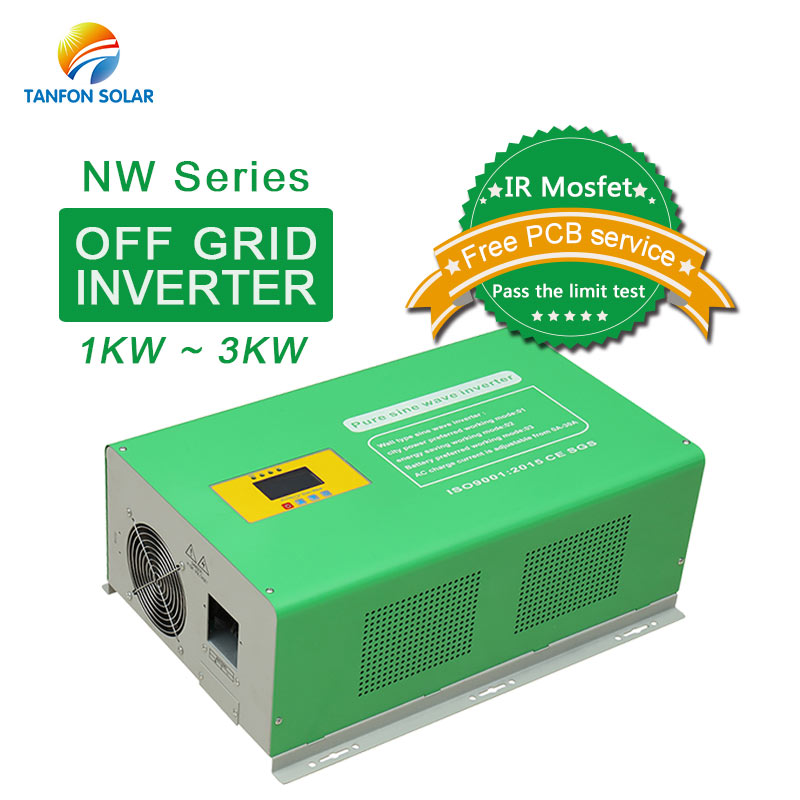 Sine wave instead of pure sine wave.
The waveforms in the commercially modified pure sine wave inverters resemble square waves but are suspended during polarity reversals.Switching states for positive, negative and zero voltage development.In general, the peak voltage to root mean square voltage ratio cannot maintain the same relationship as the sine wave.DC bus voltage can be actively regulated, or "on" and "off" times can be modified to protect
Hold until the same RMS value of DC bus voltage output, to compensate for the DC bus voltage change.
With a technique called pulse width modulation (PWM), the ratio of switching times can be adjusted to vary the RMS voltage while maintaining a constant frequency.The resulting gating pulse is given to each switch according to the developing mode to obtain the desired output.The harmonic spectrum in the output depends on the pulse width and modulation frequency.Voltage harmonics are usually not important when operating asynchronous motors. 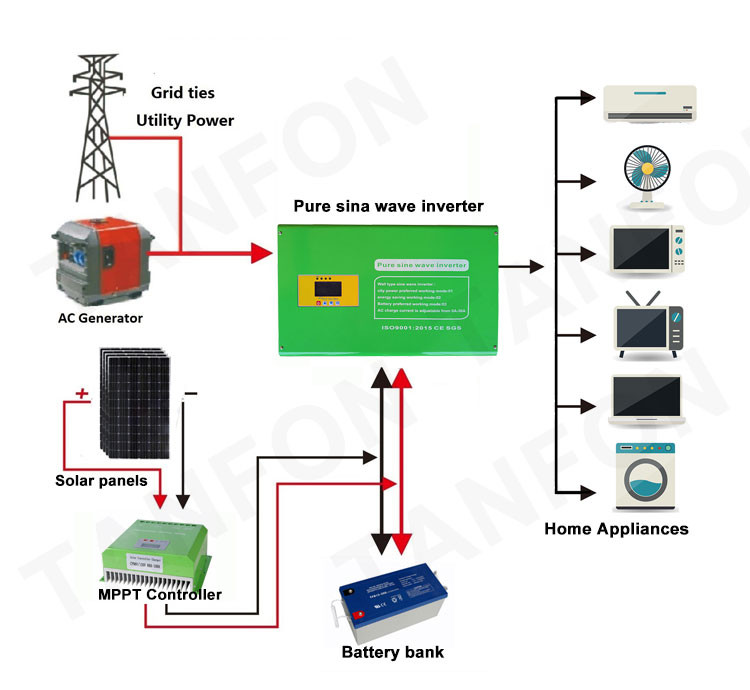 However, harmonic distortion in the current waveform causes additional heating and may produce pulsating torques.
On modified sinusoidal power inverter devices, especially with resistive loads, such as traditional incandescent light bulbs, many electrical devices will work well.An item with a switching power supply is almost perfectly fine, but if the item has a power transformer, it may overheat, depending on its rating.
However, due to the harmonic associated with the corrected sinusoidal wave, the load may operate inefficiently and generate a buzz during operation.This also affects the efficiency of the system as the manufacturer's nominal conversion efficiency does not take harmonics into account.Therefore, pure sinusoidal inverters can provide much higher efficiency than modified sinusoidal inverters.
Most ac motors run on MSW inverters, with efficiencies reduced by about 20% due to harmonic content.However, they can be quite noisy.A series LC filter tuned to the fundamental frequency may help.
The topological structure of modified sinusoidal inverter is as follows: onboard microcontroller with high frequency fast switching power of ~ 50 kHz MOSFET.MOSFET is pulled directly from a low-voltage dc power source, such as a battery.This signal is then placed in parallel through a booster transformer (usually many smaller transformers to reduce the overall size of the inverter)
Generate a higher voltage signal.The output of the booster transformer is then filtered by capacitors to produce a high-voltage dc power supply.Finally, this dc power source generates the final corrected sinusoidal signal from the microcontroller's additional power MOSFET pulse.