HOME/News / Industry News /
How to choose a solar inverter for rural roof installation?
Published by

The choice of solar inverter is a headache for many people, because in the face of additional conditions, do not know which type of inverter should be chosen for the home.

Last month, the website received a message from a rural user who wanted to build a 5kW photovoltaic system on his roof, but did not know what to choose which type of inverter. 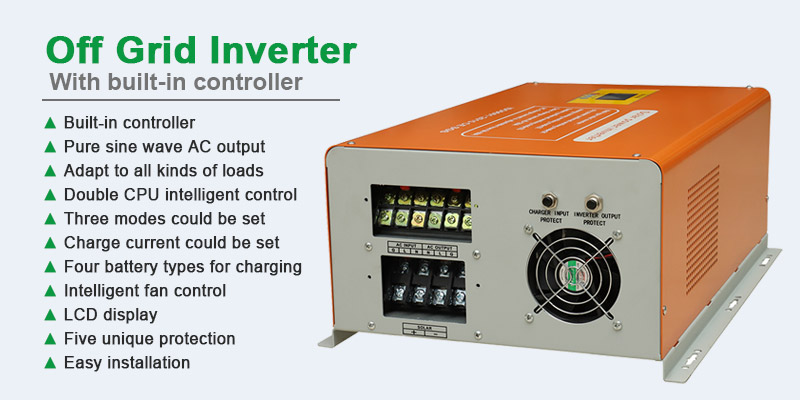 He first looked at the price on taobao, the same brand price difference is a lot, and did not find the official flagship store;Consult in WeChat friend circle next some time, a few agent say oneself are some manufacturer to take goods to belong to certain place directly total generation, but a place appears a few total generation, who should choose?Contact several manufacturers, each company said their own better than each other, the advantages of a pile, but which is good?Finally found the biggest inverter company, but the other party heard as long as a 5kW, simply said you contact a regional agent!

Why is it so difficult for rural people to choose a inverter?

In fact, there are still tricks to be found for the selection of inverter in photovoltaic system.Think of it in terms of cost, efficiency, and performance.

For rural users, the construction of photovoltaic system is mostly considered from the perspective of financial management and investment.This also provides opportunities for individual vendors to push cheap inverters into the market in order to capture the market.It doesn't hurt to be cheap, as long as it's not built on poor quality.But in reality, cheap is the same as low quality. 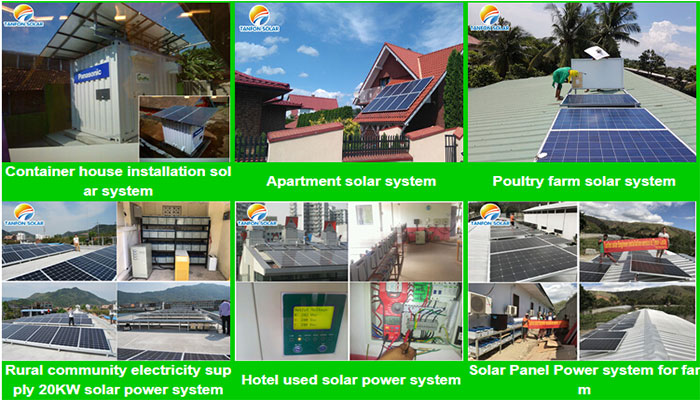 Photovoltaic inverters used in the system are series inverters, which are small in size and light in weight, and convenient in handling and installation. They do not need professional equipment and tools, not to speak of power distribution room. They are usually installed next to photovoltaic modules.

Its costs are not external, so where?Certainly in its interior, the inverter is composed of many components, such as IGBT, fuse, capacitor, sensor, relay, diode, microprocessor, segment, resistance, and so on, do not look down upon these components of different brands of components are very different.In addition to the inverter panel processing, the size of the display screen is also stored in a large gap.

二、efficiency is very important in the era of photovoltaic power generation, inverter efficiency to look like this!

When writing this article, I also consulted the mainstream inverter manufacturers in the industry. As far as the brochure is concerned, the maximum efficiency of each inverter can almost reach 98%, or even higher.The efficiency of inverter is the basic guarantee of photovoltaic power generation and user income. The main difference of inverter efficiency among different brands is system optimization and line loss.User system commonly used group inverse modulator, each group battery string input to a inverter, the inverter and battery of input string independently MPPT, ensure that each set of string maximum power, even if a particular set of string caused by a lack of solar radiation or disconnected because of malfunction, the other set of string is not affected also continue to normal power. 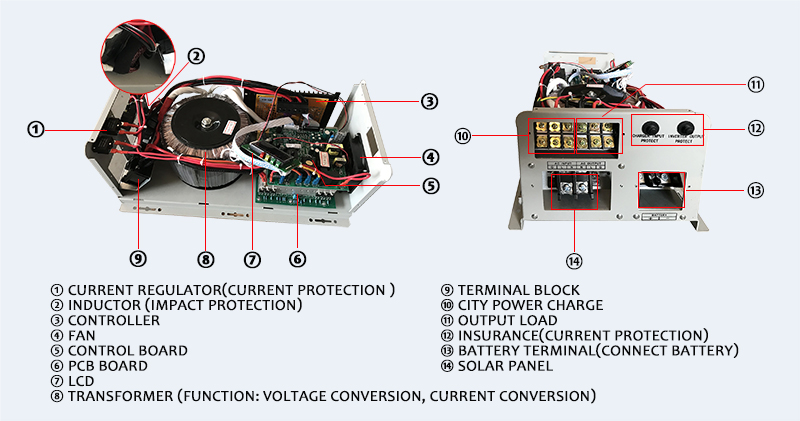 In practice, the consideration is the sole indicator of power inverter efficiency, have to do the EPC companies to compare the two different brands of inverters, often using the same board with a power inverter, but it is a kind of method, but not absolutely accurate, here we only speak a little, screen shows the output of inverter can be man-made operation, effective rate also can control software, the most accurate or the meter shall prevail.That's why some users are wondering why the Numbers on the inverter screen are different from the Numbers on the meter.Of course it's not very common, but don't be surprised when you do.So in the selection of comparison to find the appropriate efficiency comparison method.

三、A good command of the operation characteristics of the inverter will improve the lifetime power generation.

Inverter operation process is an exothermic process, in a steady stream of electricity at the same time, there are a lot of heat caused, it will be around the inverter should have enough convection space, used to spread out around the heat, the system usually in natural cooling is given priority to, not with a fan, large inverter often fitted with cooling fans. 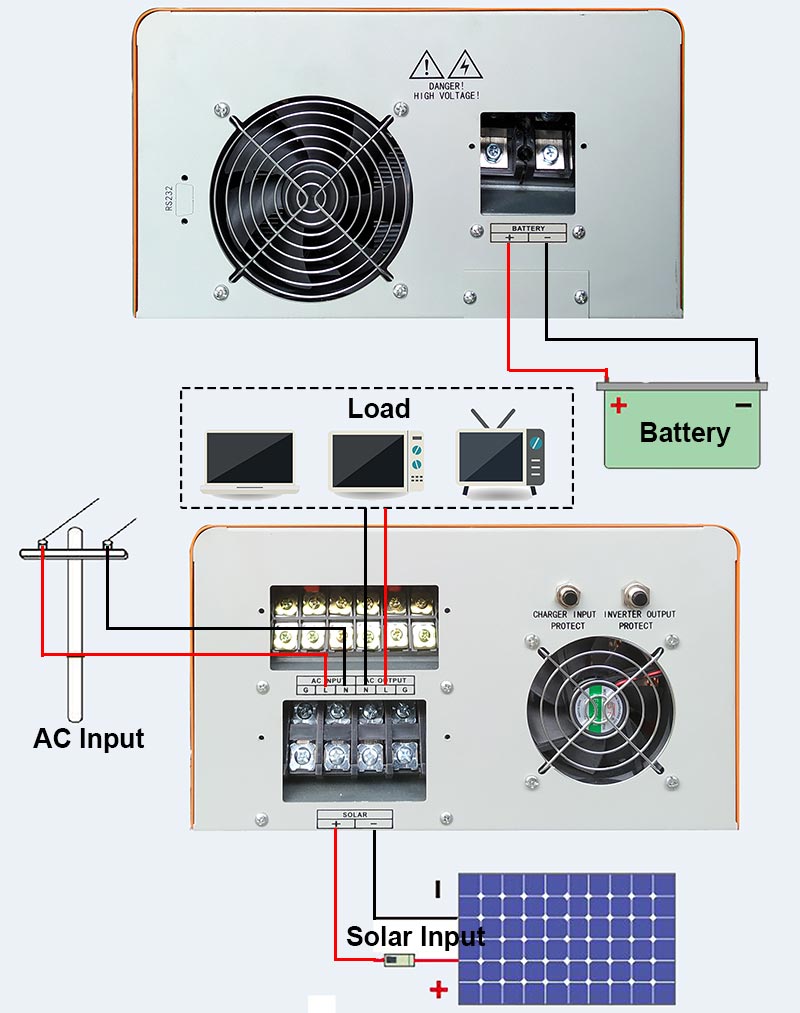 Although the inverter has IP65 protection rating, when you expose it to harsh environment for a long time, it will affect its service life and power generation capacity.Want to inverter stable operation for 10 years, 20 years, for its "care" is essential, although will not be configured on the system inverter room, but try not to expose its natural, usually will give its top with a awning.

四、Full certification can be a standard of choice.

No matter the inverter is exported abroad or sold at home, the country has strict standards for it. The most authoritative one at home is CQC certification. For the projects with special requirements, it should meet the certification of the leader.

In addition, the national quality control center will conduct sampling inspection of inverter products of different batches to domestic inverter manufacturers every year, and will publish the results. If even the national quality control department can not pass the selective inspection, do you dare to say that the inverter is reliable?It can also be used as a reference when making choices. 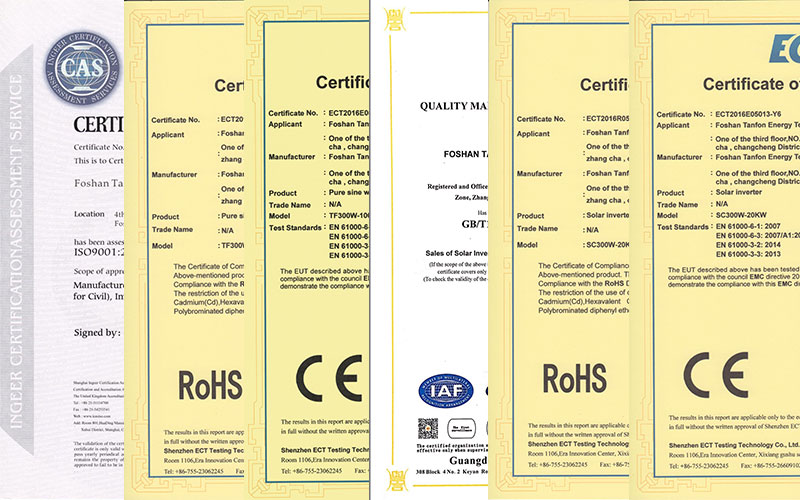 Here we said the first, on the whole pv inverter according to the actual situation of the users to install to select the inverter, not only can save the engineering cost, simplify the installation conditions, shorten the cycle of
installation, and can effectively improve the efficiency of power generation system, summarized as the principle of efficient, reliable, low cost, these three are closely together, is one problem for the whole system will appear problem.