HOME/Support / FAQ /
What is the difference between poly panel and mono panel ?
Published by 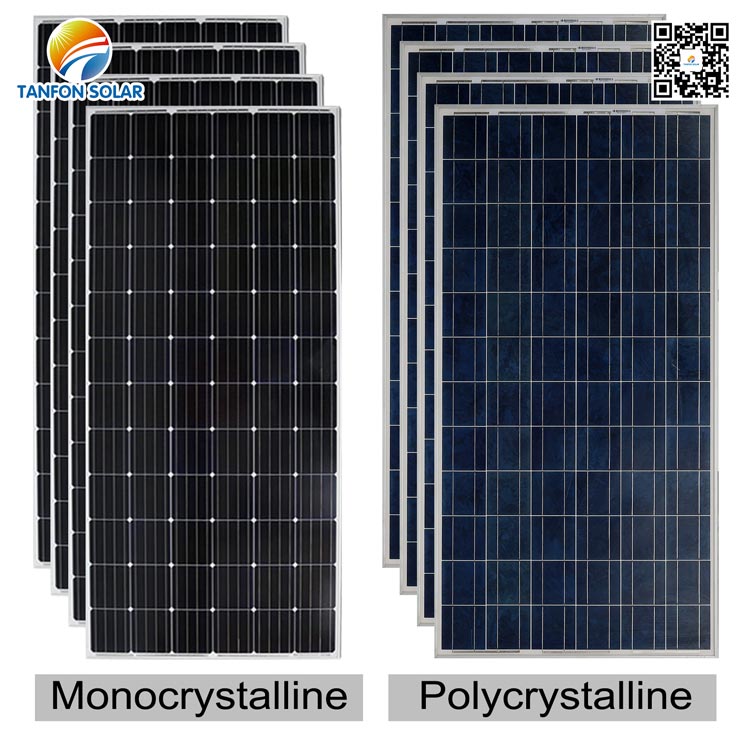 To put it simply, the difference between single crystal silicon and polycrystalline silicon is their atomic structure arrangement. Single crystals are ordered, and polycrystals are disordered. This is mainly determined by their processing technology. Polycrystalline is mostly produced by casting. That is, the silicon material is directly poured into the pot to melt and set, and the single crystal is modified by Siemens method. The straight drawing process is a process of atomic structure reorganization. To our naked eyes, the surface of the single crystal silicon looks the same, and the surface of the polysilicon looks like there is a lot of broken glass in it, shining.

Monocrystalline solar panel: no pattern, dark blue, almost black after packaging, suitable for use in places with strong light.